On the morning of the last day of this trip, I woke up to a surprise.  There was a small scorpion hanging out on the ceiling of the tent!  Tom Drion, a pastor from London, was also sleeping in my tent.  We tried to flick the scorpion out of the opening of our tent with a sandal but only failed and lost it somewhere in the tent as a result.  I thought it went out, but Tom was adamant in trying to locate it because he didn’t want any of us to bring a surprise visitor back home with us.  Good thing he kept searching, because he found the scorpion in the corner of the tent.  This will probably make a good sermon illustration about the importance of not overlooking sin.  We captured the scorpion in a cup and released it at the edge of our camp.

Tom and the scorpion.

Not big, but still scary.

After we finished packing and had breakfast, we waited for the helicopters to come and transport us out of the canyon.  Each copter that arrived could only carry up to six people per trip.  It was my first time ever riding one and I enjoyed the experience.  We were transported on a seven-minute trip to a place called Bar 10 Ranch.  There, I had the chance to take my first shower in a whole week!  I was disappointed that I couldn’t get any hot water though.  There, our leaders gave everyone a gift:  A copy of Tom Vail’s Grand Canyon: A Different View, and a voucher for a free ticket to Ark Encounter and Creation Museum with Planetarium.

Helicopter liftoff to leave the canyon. 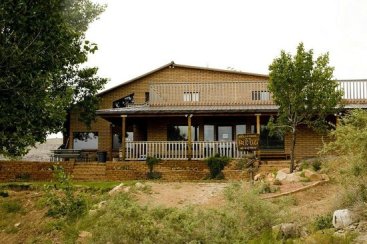 Tom Vail’s book and the voucher for Ark Encounter and the Creation Museum!

Bar 10 Ranch has its own landing airstrip nicknamed “Whitemore International Airport”.  From there, we flew on a small plane for a half-hour back to the South Rim and then had a two hour bus ride back to the Radisson Hotel in Phoenix.  Since my flight back to Albany was not until 11:37pm, I had time to visit an old friend of my dad’s who lived in Phoenix.  I thank God that I had this great experience of being on the Grand Canyon Christian Leaders Trip! 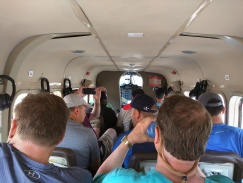 Smallest plane I ever flown in. 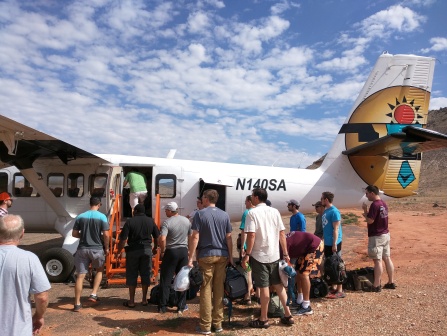 Below is a video montage of the trip filmed and edited by Patrick Schreiner.

View all posts by ivancyu